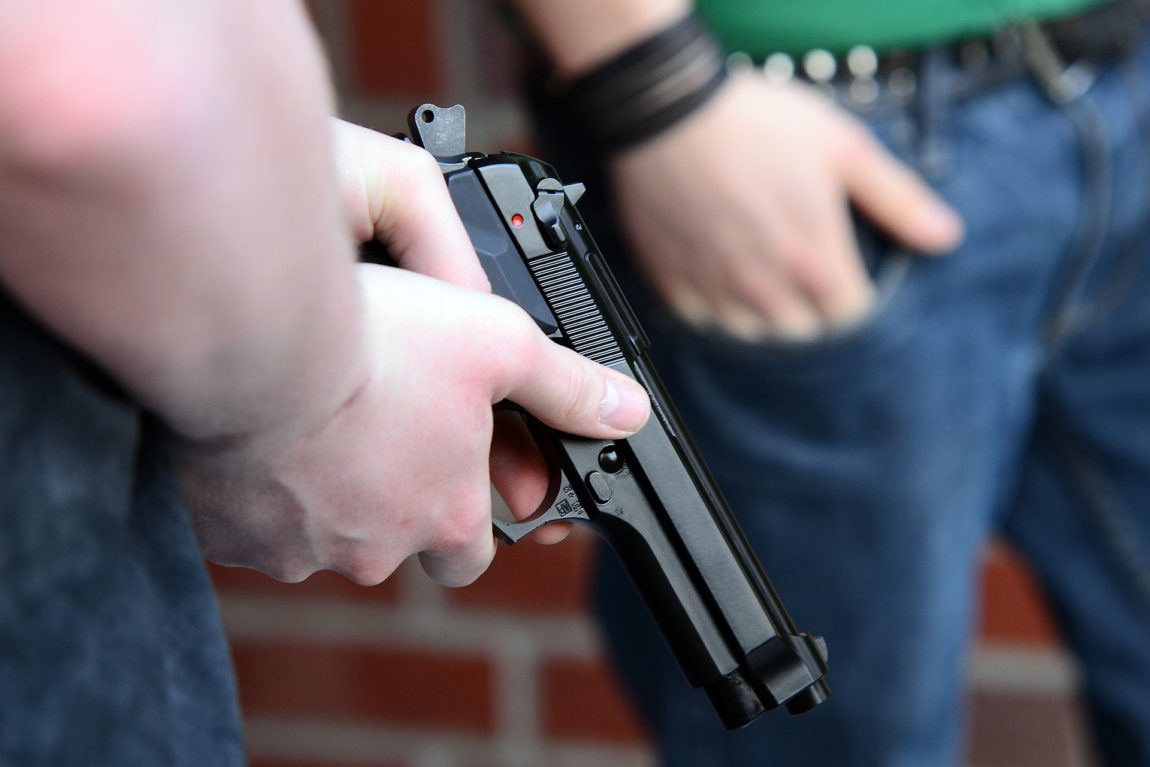 After a number of high-profile US incidents with police guns, technology companies are experimenting with innovative ways to make firearms safer
Police officers Loran “Butch” Baker and Elizabeth Butler were investigating a suspect at his home in Santa Cruz, California when he shot and killed them in 2013. Before fleeing the scene, the shooter was believed to have stolen both officers’ guns.
The Santa Cruz sheriff at the time, Phil Wowak, doesn’t think their deaths could have been prevented, but does think the department’s response would have been faster, more efficient and more accountable had they had access to connected technology.
The internet of things – devices such as gun sensors, body cameras and heart monitors – is increasingly being used by US law enforcement. While advocates believe it has the potential to improve officer safety and accountability, the research and development of these connected technologies has a long way to go.
A few months after the deaths of the officers, the Santa Cruz police department was approached by Yardarm, a wireless firearm technology company. The police department carried out early testing of a sensor which slots into the back of an officer’s gun and monitors its movement. If it is unholstered or fired, an alert is sent to the police department, along with the officer’s geolocation.
Yardarm’s vice president of marketing, Jim Schaff, said individual police departments will be able to configure what kind of alert they receive.
One of the main draws of being able to track officers in this way, particularly by using body cameras, is the ability to improve police accountability, a matter at the forefront of public concern in the US. The Guardian’s ongoing project to track police killings in the US has recorded over 500 deaths in 2015 so far and predicts that figure will reach 1,100 by the end of the year.
Following the killing of Michael Brown in August by a police officer, activists started a campaign calling for all states to adopt body cameras in their police departments. The US government has also invested in this technology, with the Obama administration providing $75m in matched funds to law-enforcement departments to buy cameras.
Development of the newer technologies, however, is a long way off. The Yardarm sensor currently works using cellular technology, so if the officer is in a blackspot, the signal will not be sent in real time. It will still record what is happening to the gun, but it will not be able to transmit it until it reestablishes cellular contact. The company is also still in its pre-commercial stage and won’t be rolling out to police departments until next year.
The internet of things and how it can be applied to public services is still unchartered territory with little research available. Existing studies on its use in law enforcement are focused primarily on body cameras. Initial findings suggest wearing body cameras is tied to a fall in the use of force and complaints against officers.
Privacy also remains an unanswered question when it comes to the internet of things. A world in which devices can work away in the background, making decisions and acting on the behalf of their owners, is a world of granular personal data, stored and transmitted on a constant basis. Concerns abound about possible impacts, from car or health insurance denials to the creation of a marketplace for personal data.

This article deals with organized crime, money laundering, and terrorism. It traces the differing organized crime dynamics following the events of...