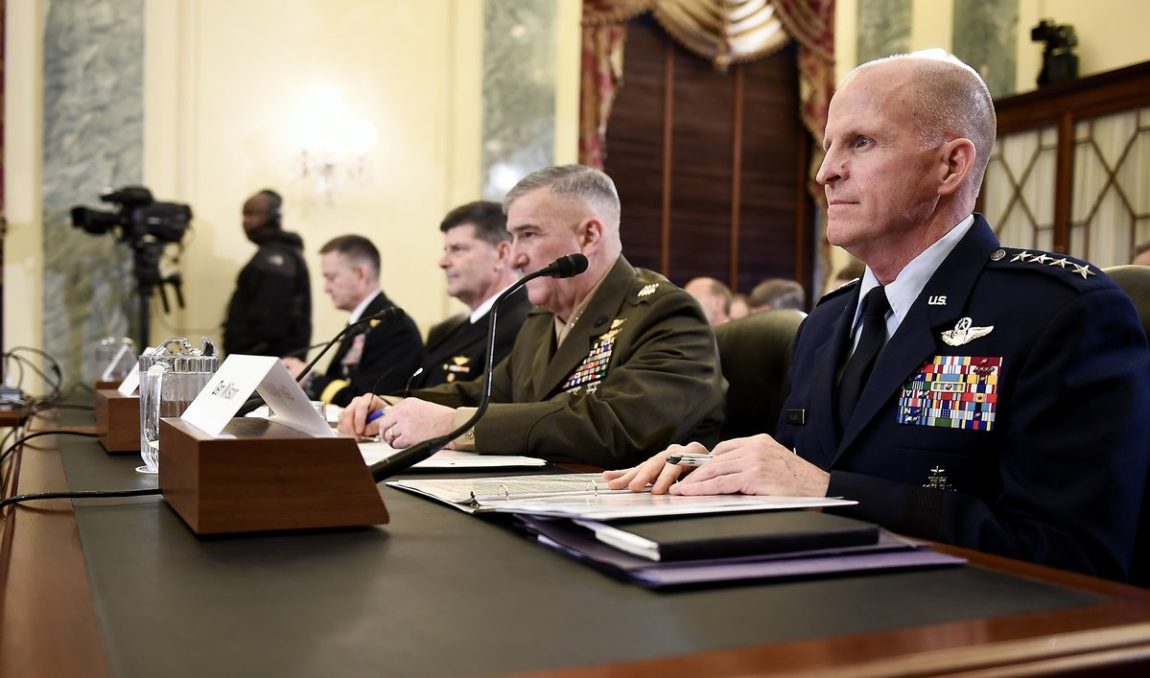 With military operations staying high, and service member deaths by accident alarming, House-Senate conferees negotiating a final defense bill for fiscal 2018 defense authorization bill rejected most Senate-passed provisions to slow compensation growth including a modest cap on the January pay raise and cuts to housing allowances for most members married to other service members.

Rep. Mac Thornberry (R-Texas), chairman of the House Armed Services Committee and leader of House Republican conferees, said all conferees had “the welfare of service members foremost in our minds. Some of that is pay and benefits but also, [considering] recent naval accidents and air accidents, it’s making sure they have equipment that works.”

Conferees, therefore, opted to accept the House-passed plan for a 2.4 percent military pay raise, matching recent private sector pay growth, rather than 2.1 percent backed by senators, which would have saved $1.5 billion through 2022.

They also rejected senators’ call to cut housing allowances for dual service couples with children. Under the Senate plan, one of the service members no longer would have been eligible for Basic Allowance for Housing at the higher “with dependents” rate.

“We have had these discussions before with the Senate,” Thornberry said in a phone interview late Wednesday. “Their concern is that a housing allowance designed to pay housing cost is no longer seen that way,” but includes “extra pay.”

“And that’s right,” he said. “The question is: How do you back out of that?”
One reason conferees refused to cut BAH for dual-service couples was “the overwhelming majority are enlisted folks,” Thornberry said.

HIGHER PHARMACY CO-PAYS — Conferees did accept the Senate’s embrace of a Defense Department plan to raise pharmacy fees and encourage greater use of generic drugs, on-base pharmacies and mail order. In the year ahead, co-pays for a 30-day supply of brand drugs at retail, or a 90-day supply by mail order, will be raised to $28 and will climb to $45 by 2026. Co-pays for generic drugs at retail will be raised to $10 in 2018 and to $14 by 2026. To encourage greater use of base pharmacies, where drugs will remain free of charge, the plan will add a $10 co-pay for mail order generic drugs, rising to $14 by 2026.

Senators added that generic co-pay on mail order, which isn’t in the DoD drug plan, to be able to partially offset shipping and administrative costs, and to be consistent with cost shares charged for generics at TRICARE retail outlets.

Survivors of members who die on active duty and members retired for disability would be exempt from the drug co-pay increases.
Thornberry said House conferees were reluctant to accept the co-pay increases but understood the Senate argument that, by the accepting the pharmacy fee plan, it would free up “mandatory” budget dollars, versus “discretionary” defense spending, to be able to fix another issue for surviving military spouses.

SPECIAL SURVIVOR INDEMNITY ALLOWANCE — With higher drug co-pays, the Defense Department lower mandatory spending on medicines by $2.1 billion through 2022. That’s enough money freed up, conferees agreed, to make permanent and begin adjusting for inflation the $310-a-month Special Survivor Indemnity Allowance (SSIA) that otherwise is due to expire next May.

Congress first approved SSIA in 2008 to mitigate a cut in Survivor Benefit Plan (SBP) payments that occurs when surviving spouses also are eligible for Dependency and Indemnity Compensation (DIC) from the Department of Veterans Affairs. Tax-exempt DIC is payable if a service member died in the line of duty or died in retirement due to service-related injury or disease.

Congress won’t eliminate the SBP-DIC offset entirely, arguing that doing so is unaffordable. But House-Senate conferees accepted the Senate plan to make the SSIA permanent and to adjust it annually using the same cost-of-living adjustment or COLA used to protect the value of military retired pay.

“It was a pretty significant concession by the House to go to the TRICARE pharmacy co-pays in order to pay for the widow’s [allowance],” said Thornberry. “I think the way it came out was the right thing to do, but there was back and forth and concessions on both sides.”

GRANDFATHERING TRICARE FEES — One of the most confusing results of negotiations to shape a final 2018 authorization bill is the decision to sustain language from last year’s defense bill that “protects” working-age retirees from TRICARE fee changes to take effect in 2018 for new entrants into service.

Congress approved a host of TRICARE reforms last year but grandfathered all currently serving members and all under-age-65 retirees from what appeared be significant fee increases. Defense officials complained this would force DoD to administer two sets of fees for the next 50 years to shield current members and retirees from higher out-of-pocket medical costs.

In their fiscal 2018 budget request, Defense officials urged Congress to repeal the grandfather language and let every generation of non-disabled retiree under age 65 face the same TRICARE fees, co-pays and deductibles. The Congressional Budget Office weighed in, estimating removal of the grandfather protection would save the department almost $4 billion over the next five years.

In late September, however, the Defense Health Agency (DHA) published near-final regulations to implement TRICARE reforms. They included a surprise new method of calculating current fees for active duty families and retirees under 65, and their families, for care outside of military treatment facilities.

Defense officials argued the new “fixed dollar” fees for the newly renamed TRICARE “Select” option, which will replace TRICARE Standard and Extra on Jan. 1, merely will reflect average fees that current service members and retirees already pay. But the new fixed-dollar fees turn out to be higher than some TRICARE “reform” fees planned for new entrants in 2018 and beyond.

The Military Coalition, a consortium of associations advocating for military families and retirees, protested to Congress last week that DHA’s methodology is flawed. The planned fixed-dollar fees, they argued, will exceed rather than mirror average of fees paid by current TRICARE participants as DHA contends.

The uncertainty made it easy for House-Senate conferees to accept the House plan and preserve the grandfather provision for working age retirees. But in doing so, given the fixed-dollar fee schedule now set for TRICARE Select, DoD actually will be saving total health care dollars by keeping current retirees away from fee changes for new entrants who eventually will qualify for retirement.

Thornberry said his committee had set out to protect retirees from higher fees, by adhering to the notion not to “change rules of the game, or promises you made, retroactively. That was the position the conference was able to adopt.”

“Now,” he acknowledged, “it actually is a little more complicated than that. Because if you took away the grandfathering there would be some people in some instances that would benefit with lower costs.”

Thornberry promised to watch how TRICARE fees evolve for the separate generations. But for now, he said, he wants current military folks grandfathered “unless there is just an overwhelming case that service members and retirees would be better off if we took that grandfathering out.”